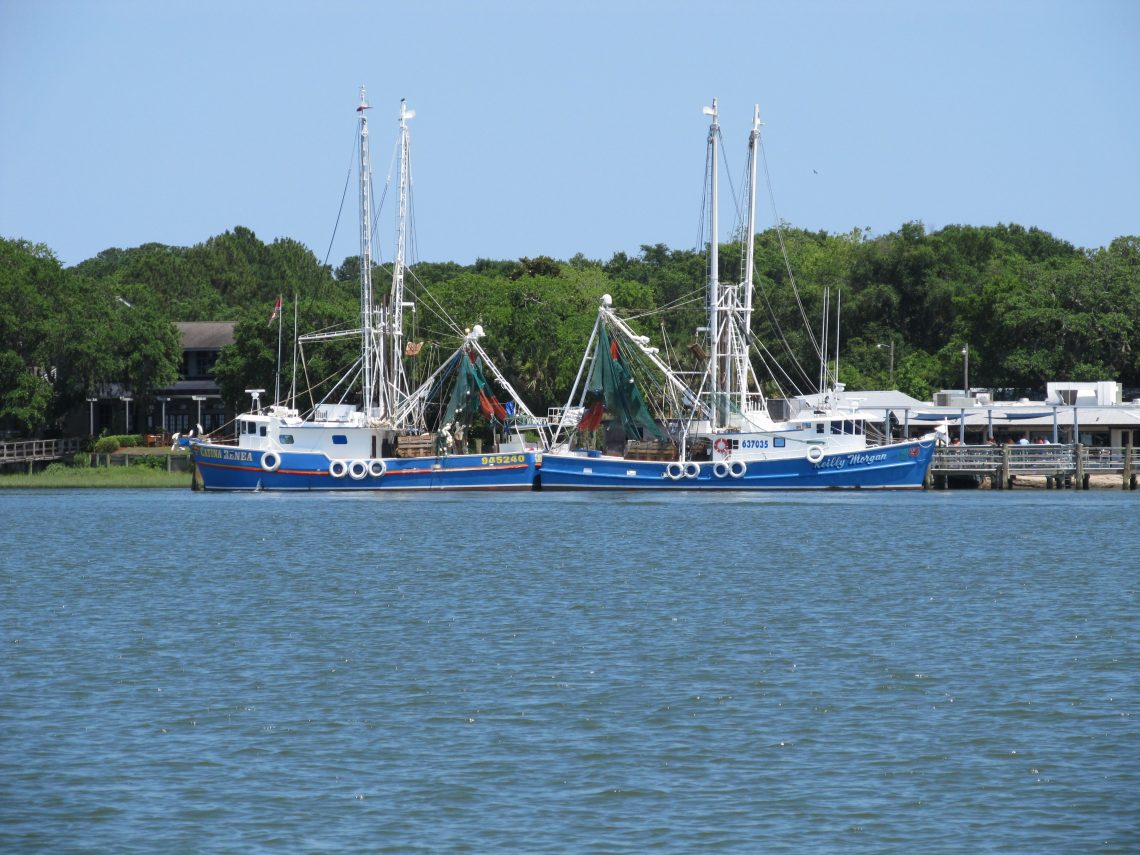 Many who visit the beach will be looking to find some great seafood but don’t want something that was shipped frozen from 200 miles away.

Fortunately, Hilton Head has some great choices where you can find fish, shrimp and clams caught within the island’s waters.  We did an informal survey of local residents to find restaurants that serve at least some local seafood, and this article presents our findings.

First, realize that it is easiest to get local seafood if you order what is in season.  Oysters, for instance, are readily available in months that end in ‘r’, so if you order them in the summer they were shipped in.  Fall brings Speckled Trout and Flounder.  Redfish is available year round, but most easily caught in the winter.  Shrimp also come in year round but are biggest in October through December.

Little known fact – commercial fishing for Atlantic Salmon is currently illegal, so if a restaurant tells you they have wild caught Atlantic Salmon you might want to look elsewhere.

If you eat “fresh” oysters on the half shell, ask to see the tag that came with the oysters.  The Health Dept requires these tags on oysters, mussels, scallops, and clams and will enable you to pinpoint exactly where they were harvested.

For local seafood, Hudson’s Seafood House on the Docks was mentioned by locals more than any other.  Almost all of their seafood comes from local waters, and for fish such as swordfish, mahi mahi, and grouper they work with fisherman in Charleston, Georgia and northern Florida.  They have their own shrimp boats, which you can see tied up on the docks when they aren’t out catching.  Here were some of the comments we received about Hudson’s:

“Hudson’s uses all local seafood. They have their own oyster beds, shrimp boats and buy all fish from local fishermen.”

“Hudson’s for sure. Have their own boats. They also have a retail shop separate from the restaurant at 175 Squire Pope Road. Really fresh fish and really helpful folks who will tell you all you need to know…including how to cook it.”

“Absolutely Hudson’s! They have their own oyster beds & shrimp boats, soft shell crab sloughing stations in the Spring, fresh off the boat catch every day. They have the absolute BEST crabcakes, Maryland style, on the island!! I’m originally from Maryland & moved here from VA, so I know my crabcakes. Hands down…Hudson’s is the BEST! Delicious. And, they actually steam their shrimp, in Old Bay, like they should be.”

Other restaurants that were mentioned for local seafood:

“Annie O’s Kitchen serves only domestic, wild caught seafood. NO IMPORTS, NEVER FROZEN, NO FARM RAISED. You will need to call daily as availability changes based on what they have available to them.”

Another local favorite is The Sea Shack.  Not much to look at, and most of the food is fried, but a place you need to check out!

“A great fun place for lunch with lots of local fish, caught local waters
is The Sea Shack, 6 Executive Park Rd. Check out heir website. Their
motto is “Not Fancy Just Good”. It is an experience. Enjoy”

If you are staying in a condo and want to cook your own food, several folks suggested the Piggly Wiggly grocery store near Coligny, which sells fresh locally caught seafood.

Other restaurants that received at least one vote as a place to catch local seafood:

Ella’s on the Water