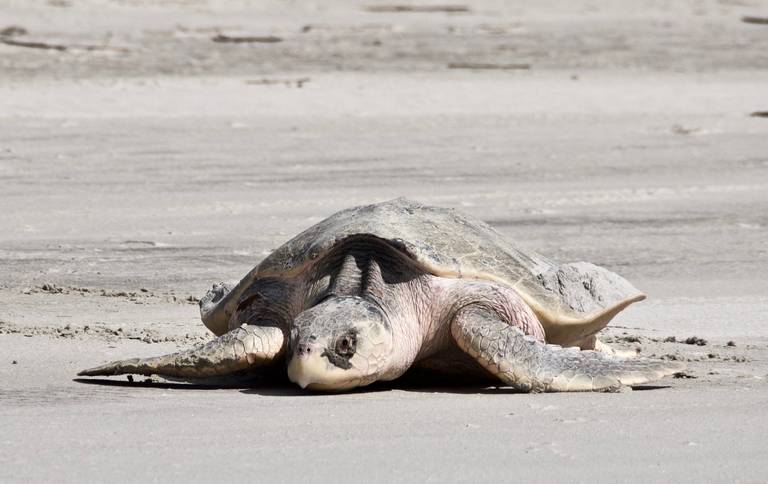 We were on Hilton Head the first week of June and, frankly, I was a little worried.  I didn’t see as many Sea Turtle nests as I was expecting.  But it looks like I just wasn’t paying attention! 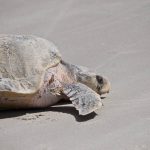 SeaTurtle.org just reported 250 nests so far this year.  Nesting season technically runs through the end of October (it started in May), and already the experts are predicting a possible 500 nests on Hilton Head Island this year.  This would beat the all-time record of 411 nests set back in 2016.  For an idea of how significant this is, last year (2018) there were only 179 nests for the entire year.  This was down from the 2017 number of 325.  But take a look at the nesting data over time: 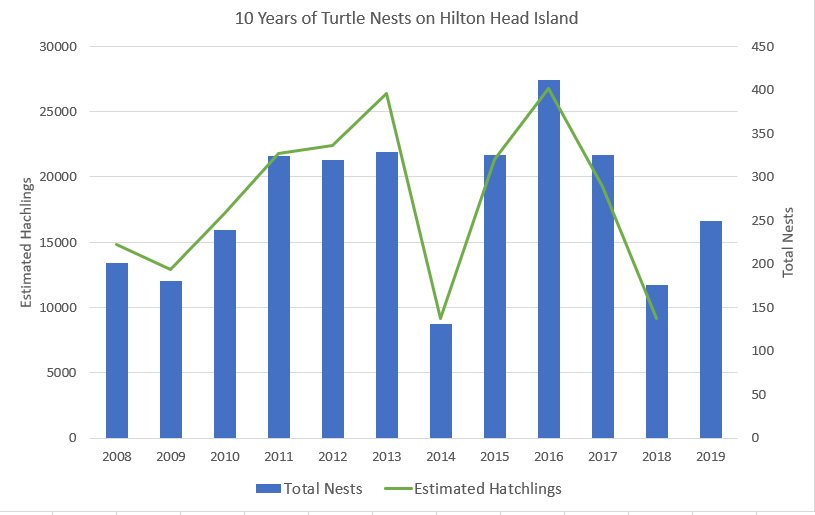 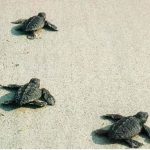 Just how many baby turtles could be hatched this year?  The 250 nests have an estimated 13,880 eggs.  Generally about half of the eggs laid result in a baby turtle, so if we make it to 500 nests that could mean over 13,000 baby sea turtles crawling toward the ocean.  But the one nest that stands out over all of the others is the single nest of the world’s rarest species of sea turtle, the Kemp’s Ridley turtle that was laid on April 26 of this year.  This nest also had the distinction of being the first nest of the 2019 season. (For more about the Kemp’s Ridley turtle and this nest click HERE).

The incubation period is 45 to 65 days so turtles could start popping up on Hilton Head beaches any day now.  If you spend a week at Captains Walk there is a very good chance that you will get the opportunity to see some. 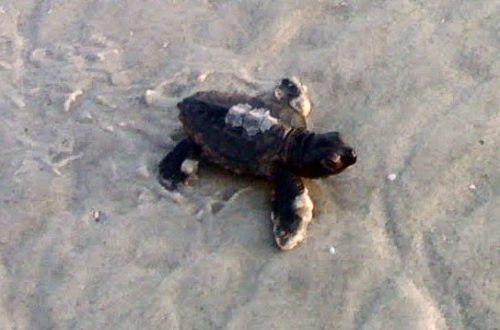 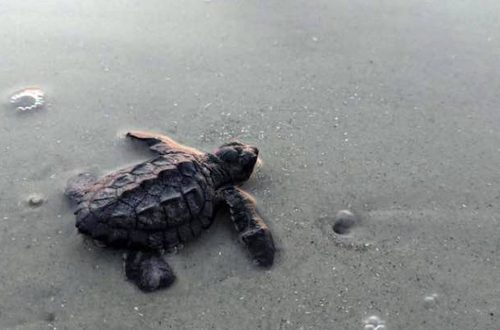