About 1.5 miles from Captains Walk is a small park that holds two of the oldest things on Hilton Head Island – a lighthouse built in 1880 and an oak tree that is between 435 and 450 years old.

The lighthouse is no longer in service, and you can’t go up inside of it, but you can walk around the area and look at it and the beautiful tree.  There are also several other buildings on the site.

To get there, turn left out of the Captains Walk parking lot and proceed about one half of a mile.  You will pass the Omni hotel and an entrance to the Lemington section of Palmetto Dunes.  A road (Queens Way) will be off to your right.  As soon as you turn on Queens Way you will see a guardhouse.  Just tell them you are going to see the lighthouse and they will let you right through.  Take the first big road on your left (Leamington Lane) and the lighthouse park will be on your left in about a half a mile.

The lighthouse only rises about 100 feet, but it is said to have been visible up to 15 miles out at sea.  It was built back from the coast because there was another, smaller beacon that was close to the shore.  A sailer who kept these two lights lined up would be in the correct channel when approaching the island.  When the channel moved occasionally because of storms, tides, and so forth, the coastal beacon would be moved to keep the channel marked.

The most interesting story about the lighthouse is the tale of what occurred during a tremendous hurricane in 1898.  Here is the story, reproduced from the lighthouse website:

In 1898, a powerful hurricane battered the coast of South Carolina. It was one of the deadliest storms to hit the region and reportedly was the cause of 1,000 deaths in the area. Adam struggled through the whipping wind and pounding rain to keep the lighthouse flame lit, worried for the safety of a ship offshore. The stress was too much and Adam suffered a heart attack—falling from the perilous ladder of the lighthouse tower.

Caroline obeyed her father’s dying wishes and spent the evening going between the cottage and the lighthouse, climbing to the top of the tower to tend to the flame. The events of that fateful night never left Caroline, who could be seen pacing between the two structures with grief for days, maybe even weeks after the storm, mourning her father and refusing to take off the blue dress she had been wearing the night he died.

It’s unclear how long Caroline lived after the storm passed. Some stories say that she died at a young age a mere three weeks later; others suggest that she lived a long life, carrying out her father’s wishes—tending the lighthouse and keeping ships safe in storms. The story goes that when she did die, she was buried in that very same blue dress.

For more information, visit the official webpage at www.hiltonheadlighthouse.com/ 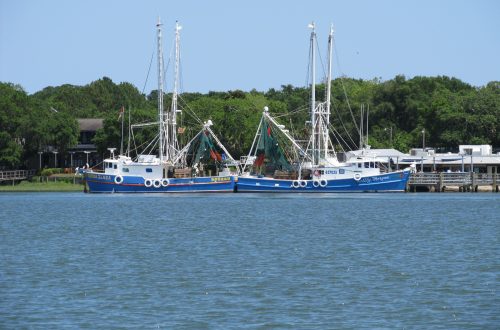 Where to get local seafood 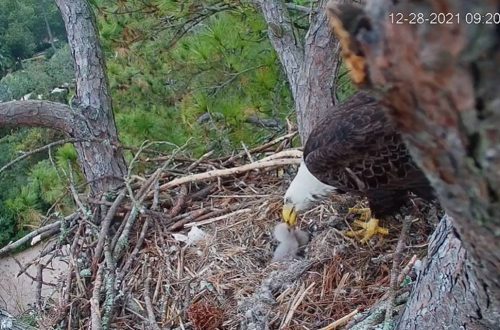 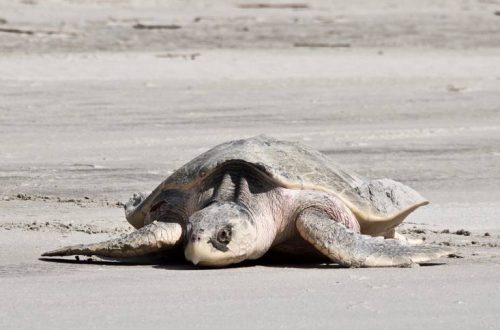